Dani Alves, fired by the Pumas UNAM, after being arrested for alleged rape

The Brazilian full-back Dani Alves, arrested and admitted to a Barcelona prison after being accused by a woman of sexual assault, He was fired by the Pumas UNAM of Mexican soccerreported this Friday the president of the club, Leopoldo Silva. 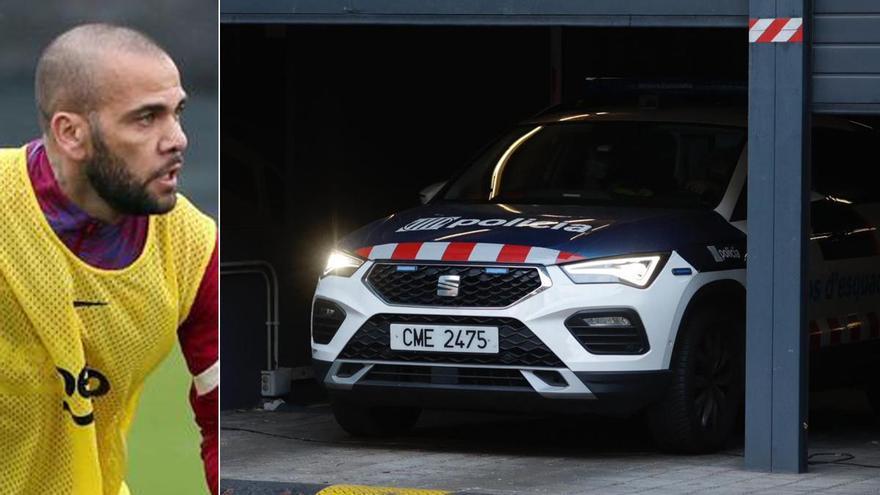 Alves was arrested this Friday in Barcelona, ​​where He was admitted to prison accused of allegedly raping a woman in a bathroom at a nightclub in that city on December 31an intolerable action for an institution like Pumas, added the hierarch.

“With this decision, the club reiterates its commitment to not tolerate acts of any member of our institutionwhoever it is, that threaten the university spirit and its values”.

The judge handling the Alves case ordered the player to be imprisoned without bail this Friday because she considered that the Brazilian presents a high risk of flight given his economic capabilities, in addition to the fact that he resides outside of Spain, in Mexico.

The president of Pumas also pondered the values ​​of the highest house of studies that this team represents, the Autonomous University of Mexico (UNAM).

“The National University Club is an institution that promotes respect. We cannot allow the conduct of a person to harm our work philosophy, which has been an example throughout history in the training and development of young athletes in our country.”

The 39-year-old footballer arrived at the Pumas in July 2022 as the star reinforcement of the Mexican league prior to the 2022 Apertura; he chose Pumas to have rhythm to be ready to play the Qatar 2022 World Cup that he played with the Brazilian team.

Share
Facebook
Twitter
Pinterest
WhatsApp
Linkedin
ReddIt
Email
Print
Tumblr
Telegram
Mix
VK
Digg
LINE
Viber
Naver
Previous article
The metaverse and the blockchain have yet to seduce game studios, and perhaps never will
Next article
Ardern, after his resignation in New Zealand: “I slept well for the first time in a long time”