Coric beats Bautista and puts Spain on the ropes in Davis

Worst possible start for the Davis Cup quarterfinal tie that is taking place this week in Malaga and that measures Spain and Croatia. Borna Coric overcame Roberto Bautista in two sets to give his team the first point and the advantage, which will now have, on veteran Marin Cilic’s racket, the opportunity to seal their place in the semifinals on Friday against Australia.

The first set fell to the Croatian side after the first few games of equality, always with the feeling that, if it happened, the first break would fall in favor of Coric. He already had an option in the first Spanish serve and, with 3-3 on the scoreboard, the break finally came. After a long rally, two new break balls for the Croatian, to win the game after another intense duel from the bottom of the court that culminated with a volley from Bautista who went long. The afternoon began to go wrong for the tennis player from Castellón while the Croatian gained confidence. He closed with an ace the eighth game. Bautista took his service forward and, in the tenth game, a tremendous serve at 211km/h from Coric served him to set the first set point, which Bautista saved, brave, bringing Coric to the net and then volleying past him. The game turned into a balance, with another set point that the Spaniard saved, a break point that he could not finish and a subsequent shot at Bautista’s net that gave Coric a new set point that, this time, would convert.

The script didn’t change much at the beginning of the second moto. It reached 4-4 with Roberto Bautista giving everything to stay in the game and a solid, safe Coric, and without a hint of weakness with his serve. With a blank game at serve, the winner of this year’s Cincinnati Masters put the score at 5-5, which was approaching a sudden death with more fear than illusion from the stands. Bautista secured the tie break with a scoreless game… Coric did the same and the match and the first point of the tie would be decided in the tie break. The Croatian took the lead thanks to a poorly touched backhand by Bautista, who could not get past Coric at the net or control his serve (14 direct aces in total at the end of the match and precisely in this way, with a direct service, the Croatian He closed the set and the game, putting the Spanish team against the ropes at the first exchange. 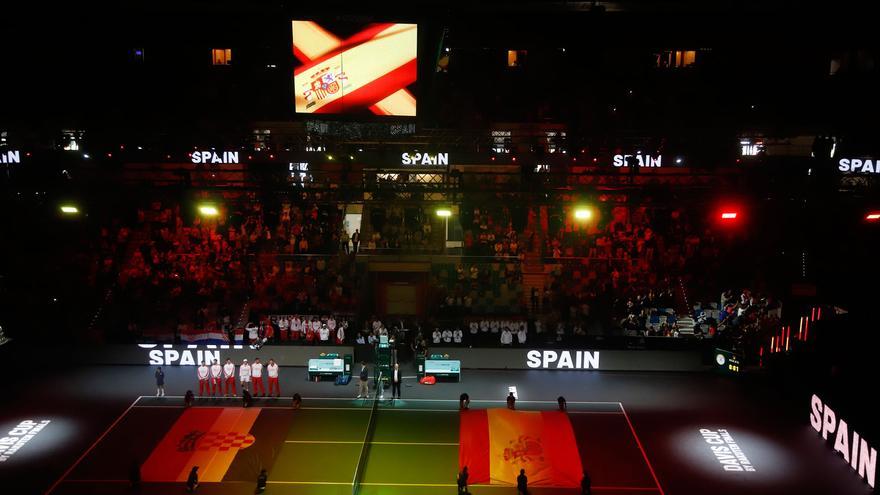