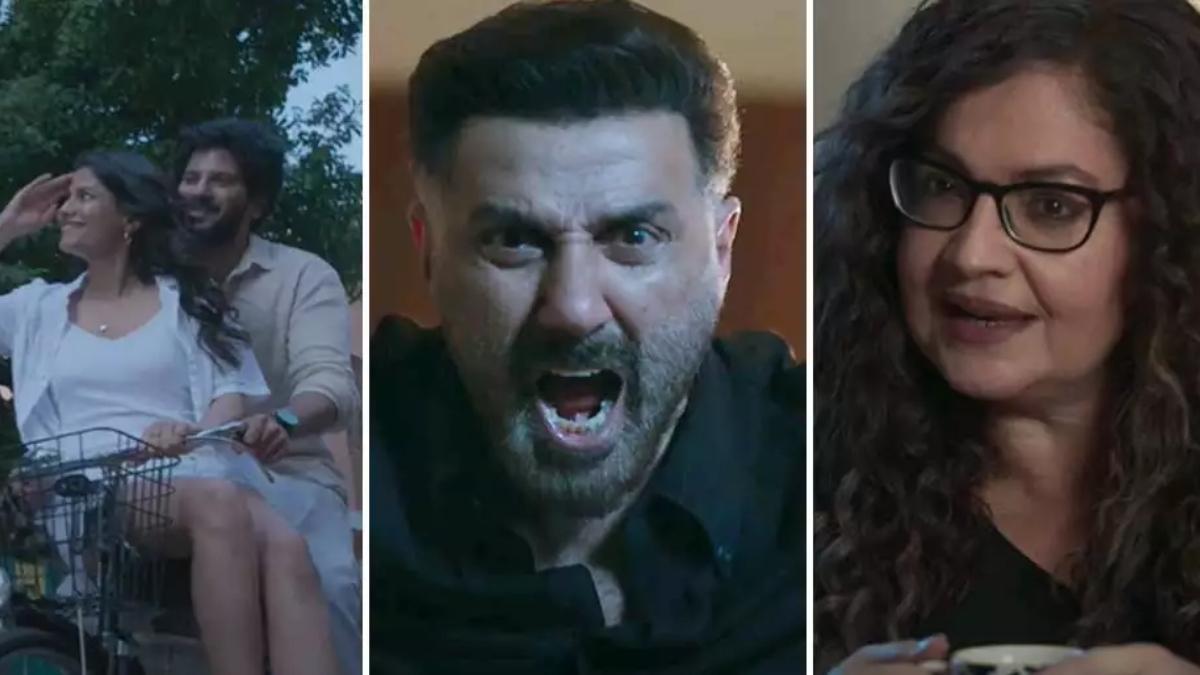 The relationship between the entertainment industry and film critics or the media has been love and hate. Both love cinema, but their attitude towards films has always been a matter of debate. R Balki has shown this relationship on the silver screen through the film Chup. Does the film live up to the critics’ standards? Read the review to know…

One night the sensation spreads due to the murder in Mumbai. Well-known critic Nitin Srivastava has been brutally hacked to death. Arvind Mathur (Sunny Deol), who is looking into this case, is solving its mystery that then there are more murders one after the other. Surprisingly, all three who died were film critics. In such a situation, Arvind starts looking for the serial killer, who is targeting only the critics.

Panic prevails in the city so much that critics stop writing negative about the film. But despite this, another critic is sacrificed. In this mystery, Arvind takes the help of his friend Zenobia (Pooja Bhatt), who is a criminal psychologist by profession. In this episode, entertainment journalist Neela Menon (Shreya Dhanwantri) also supports Arvind in solving this puzzle. After all, why did the serial killer target the critics? What would have been his intention? Does Arvind succeed in finding her? You have to go to the theater to know this.

This film of R Balki can also be called a tribute to filmmaker Guru Dutt. There is a dialogue in the film, ‘The maker of paper flowers was silenced by those who used pen on paper’. It cannot be denied that Guru Dutt was so hurt by the reviews of his film that he stopped making films and went into depression. He died after two or three years. Although today the same flop, the film is called a cult classic.

Seeing the trailer, it was felt that the film is only a sarcasm on the critics and their rating system. But while watching the film, it is understood that R Balki has balanced the sides of both the makers and the critics very well. Talking about the entertainment industry, he has served this film in front of the audience by adding a tinge of suspense and thrill.

The film talks about passion for cinema, which can be a treat for cinema lovers. While the first half of the film is full of suspense, in the second half, the story seems a bit drawn-out. The dialogues of the film are its life. The way Guru Dutt’s films ‘Kaagaz Ke Phool’, ‘Pyaasa’ and his songs have been blended in this film, it looks really beautiful. Especially in the last scene of the film, there is a frame inspired by Guru Dutt, which suddenly takes you to his world. Throughout this film, R Balki’s love and passion for cinema is clearly visible on the screen.

The film shows you Mumbai from the point of view of cinematographers. The paintings made by stars in the streets of Bandra, Mehboob Studio, Guru Dutt’s reference etc. have all been beautifully captured by cinematographer Vishal Sinha. As much as the editing of Nayanbhadra was excellent in the first half, if the second half had been made a little more crisp, then perhaps the film would have become more interesting. The film undoubtedly takes you into the world of Guru Dutt. At the same time, the breakground score has been prepared inspired by the songs ‘Jaane Kya Tune Kahi’ and ‘Yeh Duniya Agar Mil Bhi Jaye’ from his films written by Sahir Ludhianvi. The music of the film gives you some moments of relaxation in today’s fast-paced life. These words of Sahir seem quite contemporary even in today’s contemporary era.

Dulquer Salmaan’s acting is the life of this film. Dulquer has lived up to the complex character of Danny. Dulkar, who suffers from multiple personality disorder, wins hearts in the first few scenes of the climax. His performance was amazing. At the same time, Shreya Dhanwantri’s work as an entertainment journalist was quite smooth. At the same time, whenever Sunny Deol comes on the screen, he is engrossed. Sunny has molded herself as an inspector. Some of his dialogues make you laugh even in Serious Situations. Pooja Bhatt has appeared on the silver screen after a long time. His presence gives an interesting twist to the film. Yes, one cannot ignore the character of Neela’s mother here. Saranya Ponvannan has given a different color to this character.

This film will be a treat for cinema lovers as the film talks about celebrating cinema and enjoying its process. This film will help you understand the point of view of both the filmmakers and the critics. This film, giving a unique tribute to Guru Dutt, has to be given a chance. This film full of suspense and thriller claims that you will not be disappointed.

Vivo X80 Lite: premium design and twice the memory of its competition to try to reign in the mid-range