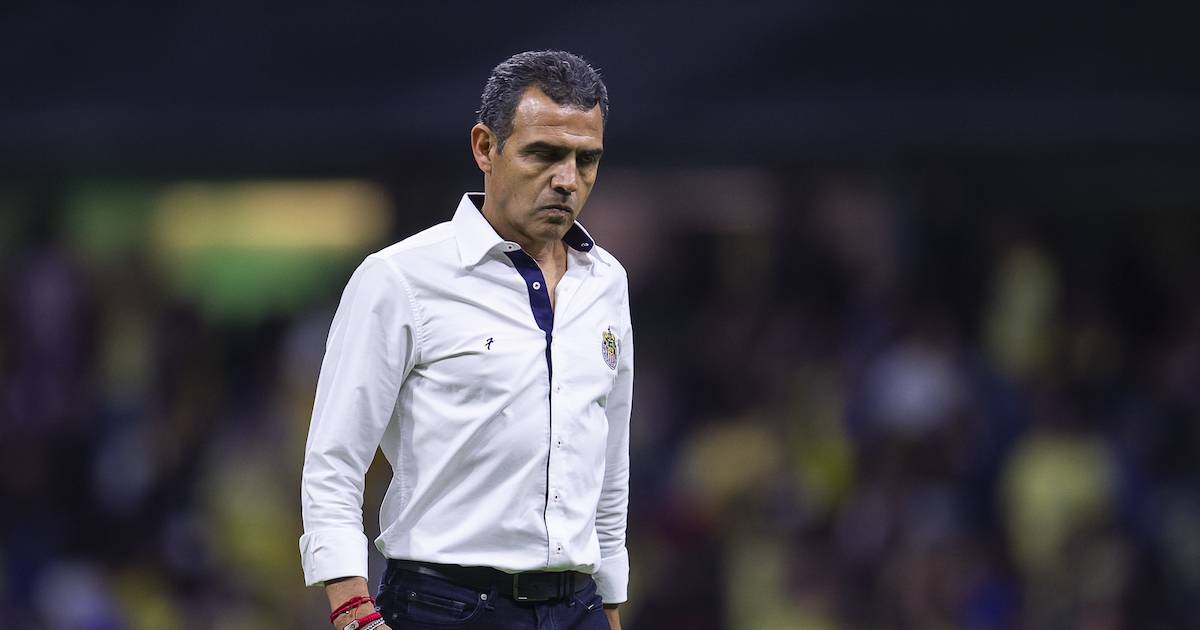 Chivas coach is fined for criticizing arbitration of the National Classic

After the National classic between America and Chivasthe rojiblanco strategist Richard Chain openly complained about the arbitration, especially for a play in which it seems that William Ochoa He takes out a ball that seemed to have gone in, which meant a goal for his team.

#Disciplinary Commission | Disciplinary report of players and members of the coaching staff of the matches of Day #15 of the 2022 Opening Tournament of the @LigaBBVAMX.

Faced with this situation, the Disciplinary Commission decided to sanction the Flock technician financially, since it is something that goes against the regulations, “The Disciplinary Commission reports that it decided to financially sanction the Technical Director of Club Guadalajara, Mr. Ricardo Cadena Martinez, since during the press conference of the match corresponding to Day 15 of the 2022 Opening Tournament, between Clubs América and Guadalajara, he criticism of arbitrationis what is read in the statement.

String He did not hide his annoyance at what happened, besides, it is not the first time that the Guadalajara is harmed by arbitration decisions. Even, Ricardo Peláez, director of Chivas, He has already met with the leaders of the union to deal with this situation.

Since that fight in March during the game between Queretaro vs Atlasthe MX League determined that visiting team cheer groups would no longer be allowed or otherwise sanctioned.

for the past National Classicthe Guadalajara fans did not comply with the rules and packed one of the heads of the Aztec stadiumthis caused the Disciplinary Commission decided to ban them for one game.

“Derived from the events that occurred on September 17, 2022 in the match between the América vs Guadalajara clubs, corresponding to matchday 15 of the 2022 Opening Tournament, it has been decided to sanction Club Guadalajara with a Veto Match for its Animation Group , which must be fulfilled in the next match that the Guadalajara club plays as a local”, reads in the statement.

They also issued a warning to the club, which could receive more severe sanctions, “it is warned to Club Guadalajaraon the future conduct of his Animation Group, since in the event that this type of action is committed again, the Disciplinary Commission may impose more severe sanctions against him”.