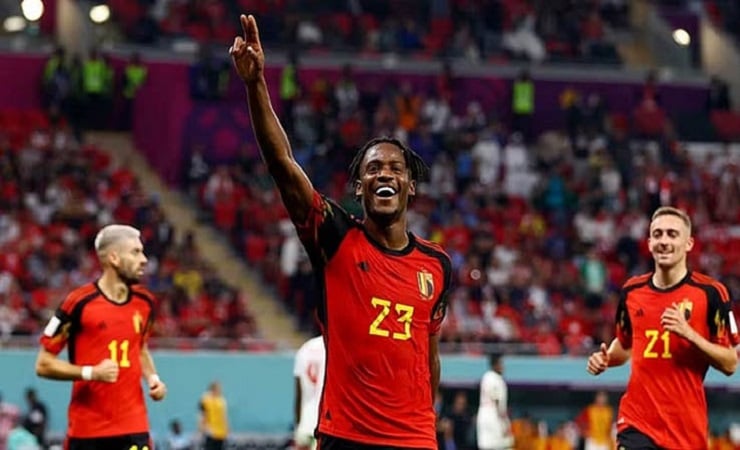 Second-ranked Belgium kicked off their 22nd FIFA World Cup campaign with a convincing win over Canada to enter the world stage for the second time. The hero of the team’s victory is Thibaut Courtois.

On Wednesday night in Group F and in the last match of the day, Belgium, who have played 13 times in the World Cup, beat Canada 1-0.

Canada dominated the game against Belgium throughout the match. Even with 22 shots on the opponent’s goal, he did not get the desired goal.

The outcome of the match could have been different if Belgium goalkeeper Thibaut Courtois had not blocked Canada striker Alphonso Davies’ penalty shot in the eighth minute. Not only the penalty, but Courtois wasted several other good chances for Canada’s goals in the match. Striker Michy Batshuayi scored the winning goal for Belgium in the 44th minute. Belgium and Canada met on the football stage after 33 years at the Ahmad Bin Ali Stadium in Al-Rayyan. The two teams met for the first and last time in 1989 in a friendly match. Belgium won that match 2-0.

Second-placed Belgium were clear favorites against Canada, ranked 49th. However, even though the opponent was the favorite, Canada’s main goal was to make the opportunity to play the World Cup very memorable after 36 years. Canada played the World Cup for the first and last time in 1986.

Canada squandered a chance to get off to a great start against Belgium. In the eighth minute, the referee decided to award a penalty when midfielder Yannick Carrasco caught the ball inside the Belgium D-box. Canadian striker Alphonso Davies failed to score from the penalty. Belgian goalkeeper Thibaut Courtois stopped Davies’ penalty shot by jumping to the right side. Canada missed the best chance to advance.

Desperate not to score, Canada launched attack after attack at the Belgian fortress. The Belgian defense resisted two Canadian attacks in the 11th and 13th minutes.

In the 27th and 30th minutes, Courtois saved Belgium, who was cornered by Canada’s two attacks again.

Canada got a goal in 30 minutes of attack. Defender Alastair Johnstone took a shot at the Belgian goal after receiving the ball from a corner. But this time Courtois blocked his shot with great skill.

Canada put up a great fight keeping Belgium under pressure until 43 minutes. Belgium gave a big blow to Canada’s confidence in the 44th minute. Striker Michy Batshuayi gets a flying ball from midfield in front of the D box. Batshuayi scored with an on-touch shot without delay after receiving the ball. Belgium leads 1-0. In the end, it went into the break with a 1-0 lead.

In this half, the disappointment of not getting a goal was on the faces of every player of the Canadian team, even with 6 shots on the Belgium net. Belgium took only 2 shots.

Canada continued to attack from the start of the second half to tie the game. Two good Canadian attacks in the 48th and 50th minutes also failed to find the back of the net. Attack again in 63 and 67 minutes. Both of these attacks were thwarted by the tenacity of the Belgian defenders. Canada made two attacks in the 77th and 80th minutes. But they could not send the ball into the Belgian net as luck was not helpful.

Cornered by Canada’s attacking pressure, Belgium stepped up their attack late in the second half but could not increase the gap. In the end, Belgium left the field winning the match with Batshuayi’s only goal.

On the other hand, despite playing great football, Canada had to leave the field with their heads down. Canada took 22 shots in the entire match. On the other hand, Belgium had only 9 shots. Canada dominated the midfield for most of the time. Still they have to lose.

Belgium will play against Morocco in their second match at Al-Thumama Stadium in Doha on November 27. On the same day, the country will face Croatia at the Khalifa International Stadium in Doha.