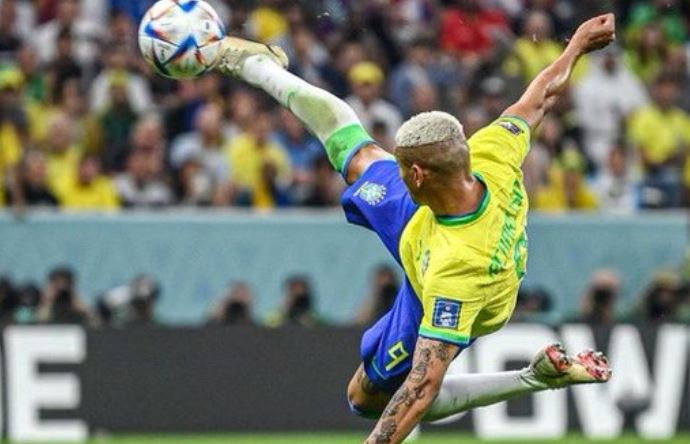 SM Faisal Shamim, Sports Desk: Brazil won their first match in Qatar World Cup. Richarlison’s brace saw Tita’s side cruise to a 2-0 win over Serbia. In the first half of the match, the team could not make use of many opportunities, but after the break, the team won with two great goals.

The two teams face off in a ‘G’ group match at the Lucille Stadium on Thursday night. However, despite playing aggressively, Brazil did not get a goal in the first half.

Brazil got the first good chance in the 27th minute of the match. Thiago Silva passes the ball to Vinicius Jr. But Serbia goalkeeper Vanja Milinkovic-Savic stepped up and took control of the ball.

Seleção got another chance in the 34th minute of the game. But Rafinha took a weak shot past the goalkeeper from Lucas Paketa’s pass. Brazil could have gone ahead with a counter attack in the 40th minute. But Vinicius could not take a proper shot at the challenge of defender Nikola Milenkovic.

Brazil finally scored after the break. Richarlison scored in the 62nd minute. Neymar passed a few defenders in Serbia’s D-box and passed the ball to Vinicius. Real Madrid star Zoral took a shot, but the goalkeeper could not keep it under control. And from there, Richarlison shot and scored.

It didn’t take long for the five-time world champions to widen the gap. Richarlison increased the team’s lead by celebrating a pair of goals after 9 minutes. The Tottenham striker scored a wonderful bicycle kick after receiving the ball from Vinicius.