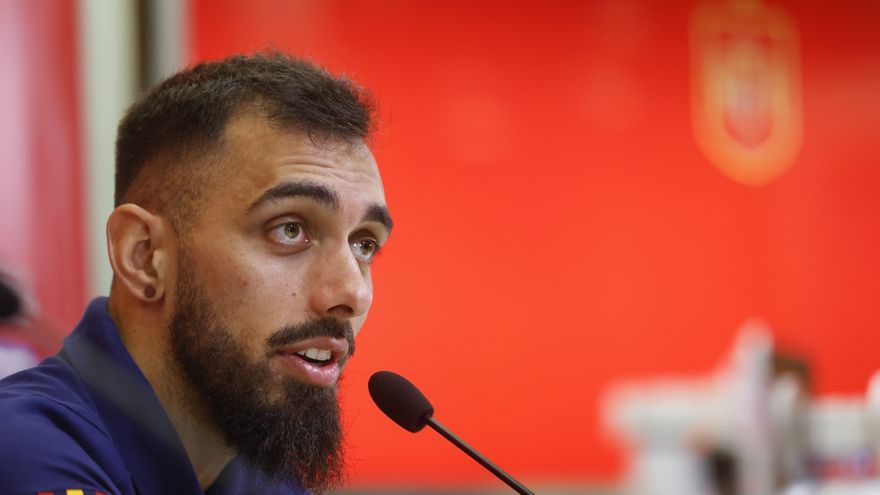 Borja Iglesias: “We have to normalize work with psychologists”

Borja Iglesiasstriker of Betis who has been praised by coach Luis Enrique for his behavior on the pitch, admitted that his philosophy is to try to have fun because he is “lucky”. “I try to have fun on the pitch, I thank the coach for saying so because at times in my career there are people who didn’t like it too much because they thought I didn’t take it seriously. I’m lucky and you have to enjoy living the life of that way. I’m happy in general terms and I try to show it because it works out for me”, he said at a press conference in Las Rozas, where the national team remains concentrated.

However, the Galician striker also wanted to influence an aspect that is gaining in elite sport in recent times, mental work. “I have been working with a psychologist since I was in Zaragoza. I have gone through very good stages, where they helped me deal with those moments of euphoria, and in the complicated ones as well. It is the order of the day, we have to normalize it and take care of ourselves both in the good and in the bad”, he pointed out. “I have progressed in different aspects of the game at a mental level, of maturity, after going through different cities and clubs. In Zaragoza I lived my first stage at a professional level and it was very enriching”, added the bético.

🗣️ @BorjaIglesias9absolute international: “I am very happy to be here. I have spoken with @LUISENRIQUE21 and he has asked me what he asks of all forwards. The team’s idea is clear.”

➡️ “I can contribute to the team and I will try to help”.#VamosSpain | #NationsLeague pic.twitter.com/Ao0uMCEI0U

churches He confessed that he does not consider “anything other than working to show the coach” that it may be an option. “My first days have been very good, when you come for the first time you imagine some things and everything is above what I had imagined. It is a fantastic group, very healthy and happy, people are super close and I feel very comfortable They make it very simple for the new ones,” he added.

Borgia He also stressed that if he makes his debut on Saturday in The Romareda“it will be a special moment” because it is a stadium of which he has fond memories: “It is an honor to be able to return there and enjoy this experience together with the people of Saragossa. Surely I will live emotional and very beautiful moments. I am grateful to them because not only there, but after I left they have shown me affection, “she acknowledged.

The striker ended up distancing himself from the subject of his possible entry into the list of Luis Enrique for him world: “Today I see myself here, we’ll see what happens in the future. I want to enjoy the moment, try to contribute and learn. There’s a lot left for him world still and there are many players who want to be. I am going to do everything on my part to add and be a possibility”.