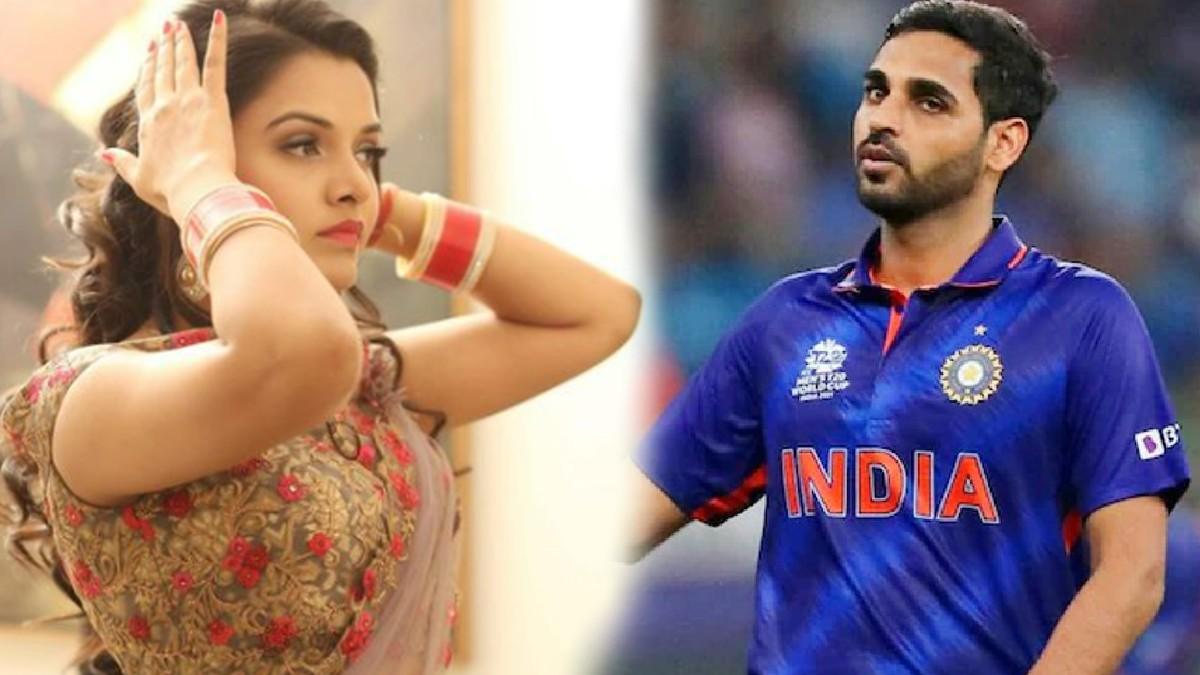 Bhuvneshwar Kumar Wife Nupur: Team India’s star fast bowler Bhuvneshwar Kumar is on target of critics and trollers these days. Bhuvi proved to be very expensive in the Mohali T20 match against Australia. For this reason the Indian team had to face defeat. This is the reason why he is being heavily criticized.

Bhuvi is also being trolled on social media. But now his wife Nupur Nagar has come out in support of Bhuvneshwar. Nupur gave a befitting reply to the critics and advised them to do their job.

Nupur wrote in an Instagram story that people have a lot of wasted time. People have become completely indifferent. People have no work left but to spread hatred. Apart from this, Nupur advised these critics to take this time to improve themselves. Although its scope is less.

‘People have no work’

Nupur wrote, ‘People have become completely indifferent today. They don’t have any work. People are so free that they have a lot of time to spread hatred. My advice to everyone is that no one cares about your words. It doesn’t matter who you are. So you should take this time to improve yourself. However, the scope for this (to become better) is very less.

Bhuvneshwar has conceded a lot of runs in the death overs in the last few matches. In the first T20 against Australia on Tuesday, he gave 16 runs in the 19th over, which helped Australia chase down the record target of 209 runs and register a win.

Bhuvi is plundering runs in the death overs

Recently, legend Sunil Gavaskar also criticized Bhuvi. He had said, ‘Whenever the ball is being handed to a bowler like Bhuvneshwar Kumar, he is loosing runs every time. He has conceded 49 runs in 18 balls (bowling in the 19th over) in three matches against Pakistan, Sri Lanka and now Australia.

Gavaskar said, ‘It is about three runs per ball. With a bowler of experience and ability like him, you expect him to give 35 to 36 runs in those 18 balls. This is really a matter of concern.

Football World Cup 2022 will be watched on Banglalink Toffee