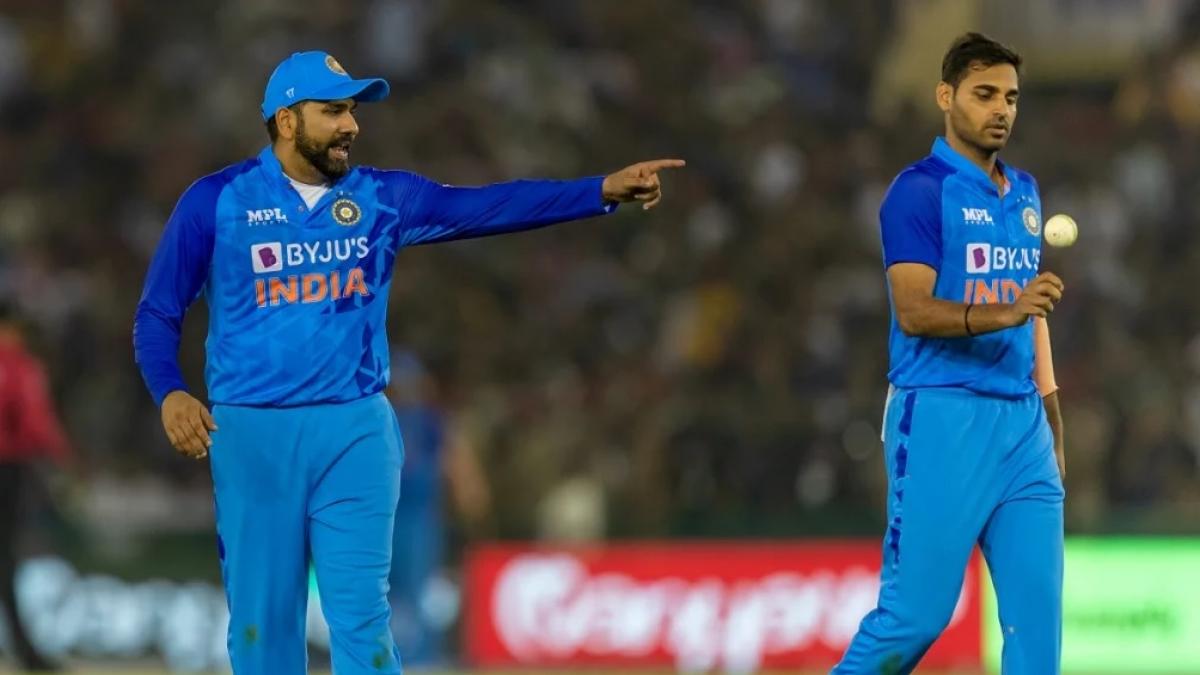 Team India suffered a crushing defeat in the first T20 match played against Australia. Team India, which is ranked number-1 in the T20 rankings, lost the match even after scoring a big score of 208 runs here. The Indian bowlers did such a rude beating, from here all the preparations for the T20 World Cup are seen as a joke. In this match, once again the same mistake was seen which captain Rohit Sharma was repeating in the Asia Cup.

Bhuvi drowned in this way against Australia

India had given a target of 209 runs to Australia, the match was in the hands of Australia. But when 18 runs were needed in the last 2 overs, then it seemed that some miracle would happen. But here Team India made a big mistake. Bhuvneshwar Kumar was given the 19th over and he looted 16 runs here. Just this over decided India’s defeat.

India could not progress beyond the Super-4 of the Asia Cup this time, where Team India lost consecutive matches to Pakistan and Sri Lanka. Even in both these defeats, the 19th over of Bhuvneshwar Kumar proved to be the villain. When Pakistan needed 26 runs in the last 2 overs, Bhuvneshwar gave 19 runs in the 19th over and the match ended in a way.

Similarly, when Sri Lanka needed 21 runs in the last 2 overs, Bhuvneshwar Kumar bowled the 19th over. In this, he gave 14 runs and once again it became difficult for Team India to return. In both these matches of the Asia Cup, Arshdeep Singh bowled the 20th over and he could not save the run.

Why is Bhuvneshwar bowling the 19th over?

The question also arises that why Bhuvneshwar Kumar is bowling the 19th over even after repeated mistakes. The only answer to this is the absence of Jasprit Bumrah. Because due to the absence of Bumrah, Bhuvneshwar is the lead bowler of Team India, in such a situation, he is being given the responsibility in the death overs but he has failed on three occasions.

India has lost its last three matches, in which it has batted first. Here India has looted 54, 42, 41 runs respectively in the last four overs. In these three matches, the 19th over was bowled by Bhuvneshwar Kumar.
Bhuvneshwar Kumar has been the third best fast bowler for India in T20 cricket since 2020, he has also taken wickets continuously. But the top-2 bowlers i.e. Jasprit Bumrah and Arshdeep Singh were not a part of this match at all.
Bhuvneshwar Kumar has given 52 runs in 4 overs against Australia, this is the first time that he has conceded more than 50 runs in his quota of four overs in T20 Internationals.

Unicaja looks for a rival in the BCL: Siauliai or Den Bosch