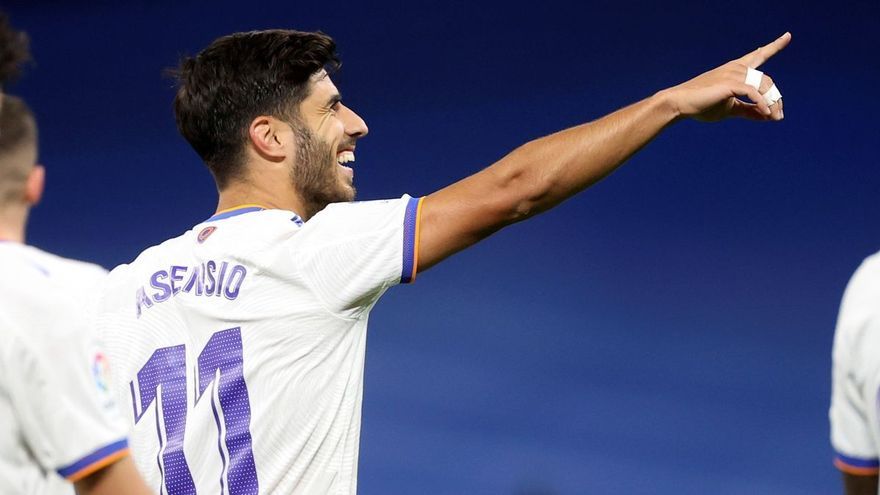 Marco Asensio can become part of a long list of footballers who have worn the shirt of the real Madrid and of Barcelonaalong with Luis Figo, Luis Enrique, Bernd Schuster and a long etcetera. The Majorcan player, who joined Florentino Pérez’s entity in 2015, after paying the clause to Mallorca of 3.5 million euros, His contract ends next June with Real Madrid, so as of January 2023, he will become a free agent. This means that the club that wants to take over their services will not have to pay any transfer amount.

This circumstance is what has opened the eyes of Barcelona’s sports director, also from Mallorca, Mateu Alemany, who sees an interesting player in his countryman, because of his quality, because he is barely 26 years old and, above all, because the operation would be very cheap for the Camp Nou entity. The newspaper Mundo Deportivo has published that Asensio “is liked at the Camp Nou because of his age, quality and versatility.”

Asensio, represented by the almighty Jorge Mendes, who has a very good relationship with the leaders of Barcelona, ​​has chosen to fulfill the remaining year of his contract with Real Madrid in view of the fact that no offers have arrived or because, if they have occurred, they have not been to his liking or part of the white club or by the footballer himself. The player from Calvià, the greatest pearl of the Son Bibiloni quarry, his team’s top scorer last season after Benzema and Vinicius, had the promise of his coach, Carlo Ancelotti, that he would have minutes in the event that he finally decided to stay on the squad. “The case is closed. Asensio is our player and, like the rest of the players, he will be an important player and he will enjoy minutes,” the Italian coach said hours after the market closed on September 1.

Marco Asensio likes at the Camp Nou for his age, quality and versatility

The truth is that over the seasons, Marco Asensio, scorer of Real Madrid’s second goal against Leipzig in the Champions League, has lost prominence in the team due to the consolidation of Vinicius, for a long time indisputable for Ancelotti, and above all because the Italian has opted for a 4-4-2 system that has allowed the ownership of Fede Valverde to the detriment of an attacker, be it Rodrigo or Marco Asensio himself. This showed his discomfort in the match against Mallorca on the 10th by not playing a minute against the team in which he made himself known and for which last season he scored the only hat trick of his career. the.

The Majorcan footballer, criticized and loved in equal parts by the Real Madrid fans, has not finished demonstrating the great quality he possesses. Despite this, Asensio, who in July 2019 injured the cruciate ligament and the external meniscus of his right leg, has received a vote of confidence from the coach Luis Enrique, who has called him up for the Nations League matches against Switzerland and Portugal, just two months before the start of the World Cup in Qatar.

What seems clear is that, except for a 180-degree turn, Marco Asensio is living his last season at Real Madrid, and if Florentino Pérez does not remedy it, the Majorcan’s future could be Barça’s if Barcelona’s interest is consolidated, in what would be a unique opportunity to stay on top and relaunch the Majorcan’s career.