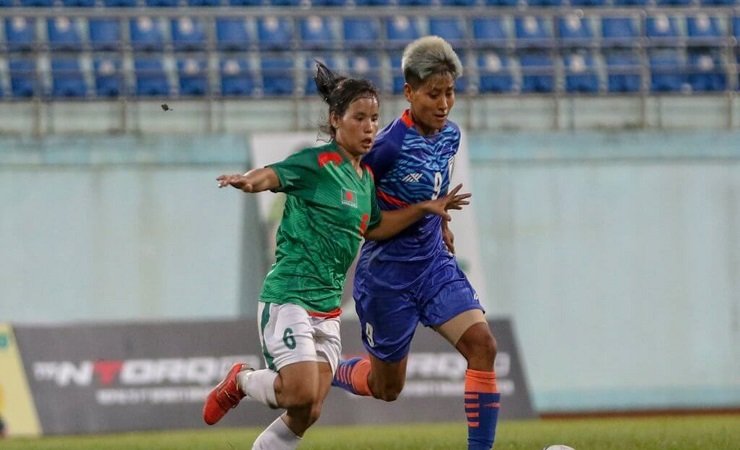 Bangladesh or Nepal, who is the new champion?

Indian women have played in the finals of the Women’s SAFF Championship football tournament since 2010 and won the title every time. This is the first time that the final will be held without India. Next Monday, Bangladesh and Nepal will take the field in the title deciding match at Rangshala in Kathmandu. As a result, the new champion will meet in Saf.

India has played the maximum number of five finals in SAFF Women’s Championship. After that, Nepal got the opportunity to participate in the second highest four-time title deciding match. However, every time they lost to the girls of India. Meanwhile, Bangladesh’s highest success is the final. The team dreamed of winning the 2016 final. But after losing 3-1 goals, the dream of becoming champions was dashed.

After that, in the fifth round of the competition, Bangladesh reached the semi-finals after passing the group stage. This time again, the representatives of red and green get India as an opponent. But the team did not succeed. They lost 4-0 and were eliminated from the tournament.

In 2016, the girls of Bangladesh lost to win the title. Now the disciples of Parikar Golam Rabbani Chotan are determined to win that elusive title. Won every match in the first round. Bangladesh footballers have shown good performance in every match. Keeping pace with that, the Tigresses blew away their opponents in the semi-finals as well. Team leader Sabina Khatun’s hat-trick helped the Red-Green team beat Bhutan 8-0 in the final of the SAFF Women’s Football Championship at the Dasarath Rangshala in Kathmandu.

Meanwhile, Nepal was also the group best in the first phase. So the opponent is the current champion India. In the second semi-final, the current and maximum five-time champion India could not compete with the host Nepal. As a result, the final will be held without India for the first time.

Sanju Samson: ‘BCCI is under pressure to not include Sanju Samson in the World Cup team, so…’, former PAK player’s statement