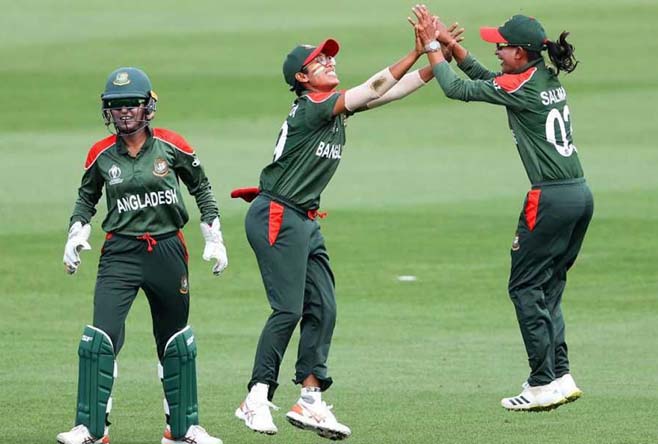 Sports desk: Bangladesh women’s cricket team confirmed the final of the T20 World Cup qualifiers by defeating Thailand. Along with that, Tigresses’ tickets for the main round of T20 World Cup have also been confirmed. Bangladesh won by 11 runs after batting at the beginning of the capital of 113 runs.

Bangladesh will face Ireland in the final of the qualifiers. The match will be held next Sunday (September 25). Ireland qualified for the final after defeating Zimbabwe in the first semi-final.

The Bangladeshi bowlers kept Thailand under pressure from the start by defending runs at Abu Dhabi’s Sheikh Zayed Stadium on Friday (September 23). Salma Khatun caught Farzana on opener Anicha for 7 runs. The Thai opener departed after scoring 10 runs off 14 balls. Then two Thai batters left after 13 runs. Nataya returned to the pavilion with personal 10 runs and zero runs.

Nahida Akhtar poached the wicket of Chawai. Chanida is a retired heart. Nathakan Chantham led the innings with one down. He was a victim of Salma towards the end of the innings. His innings of 64 runs off 51 balls came from his bat. Salma also hunted Rosenan’s wicket. Sarnarin scored 10 runs.

Earlier, Farzana Haque and Murshida Khatun came to open the innings for Bangladesh. Their opening pair broke for 34 runs that day. Farzana returned to the pavilion by scoring 11 runs.

Murshida played an unbeaten innings of 77 runs for Bangladesh in the previous match. His strike rate was over 120 in that match. He was dismissed for 26 runs against Thailand girls. After Farzana got out, she formed an 18-run partnership with Niger’s Sultana Jyoti. Jyoti was out for 17 runs.