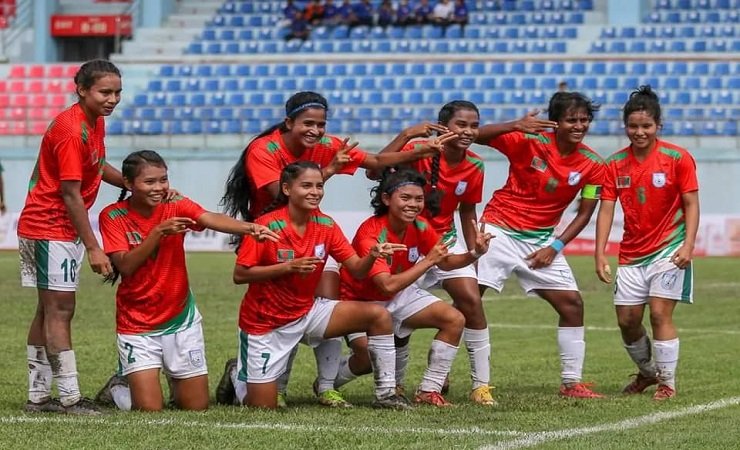 The girls of Bangladesh got a goal at the beginning of the final match of SAFF women’s football championship. Shamsunnahar Junior’s goal gave the Tigers a 1-0 lead in the 13th minute of the match.

The game of attack and counter-attack was played from the start of the title-deciding final match held at Dasharath Rangshala in Kathmandu. Bangladesh went ahead in the 13th minute of the match. At this time, Krishna Rani Sarkar crossed from the right side. And Shamsurannahar sent the ball into the Nepalese net with a tap.

It should be noted that the girls of Bangladesh are in great form in the SAFF this year. In the group stage, they won all their matches and emerged as the top four. Bhutan was blown away in the semi-final match. And that’s the second time the representatives of red and green got into the title deciding match.