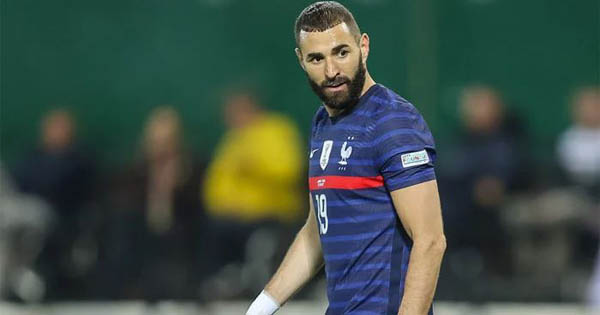 Sports Update Desk: The bad news in the France camp is not leaving behind. Just one day before the World Cup, Karim Benzema, the biggest star of the team and the lifeblood of the attack, in the best form of his career, was knocked out.

Ballon d’Or winner Karim Benzema went to practice in Doha, Qatar on Saturday. At this time, his old injury on the thigh of his left leg woke up. It was then that the apprehension arose. After an MRI, it was revealed that Karim Benzema suffered a muscle tear. It will take him three weeks to recover from this injury. In other words, his World Cup in Qatar is definitely over.

The French Football Federation confirmed Benzema’s exclusion from the World Cup in a statement. “The whole France team shares Benzema’s pain,” they said. We all wish him a speedy recovery.’

Benzema has been suffering from injury problems since the beginning of the season. The Ballon d’Or winner could not play most of the season’s matches for Real Madrid. But the hope was that Benzema would recover before the World Cup. Ferar went ahead in that fight. However, just before the start of the World Cup, his dream of winning the World Cup ended with a thigh injury on Saturday.

Benzema was not considered for the national team for 5 and a half years before due to accusations of blackmailing teammate Matthew Valbuena with a sex tape. That is why France had to enjoy the World Cup victory in 2018 as a spectator. After that, this real star got a place in the team with a great performance. Benzema was considered the big weapon to retain the title of France in this World Cup. However, this 34-year-old star did not get a chance to land in that mission.

France coach Didier Deschamps, disappointed with Benzema’s knocking out, said, “I am very sad for Benzema, who was considering the World Cup as a price goal.”

Despite this shock, Desham does not want to give up. He added, ‘Despite this fresh setback, I am confident about the team. We will do everything possible to meet the challenge.’