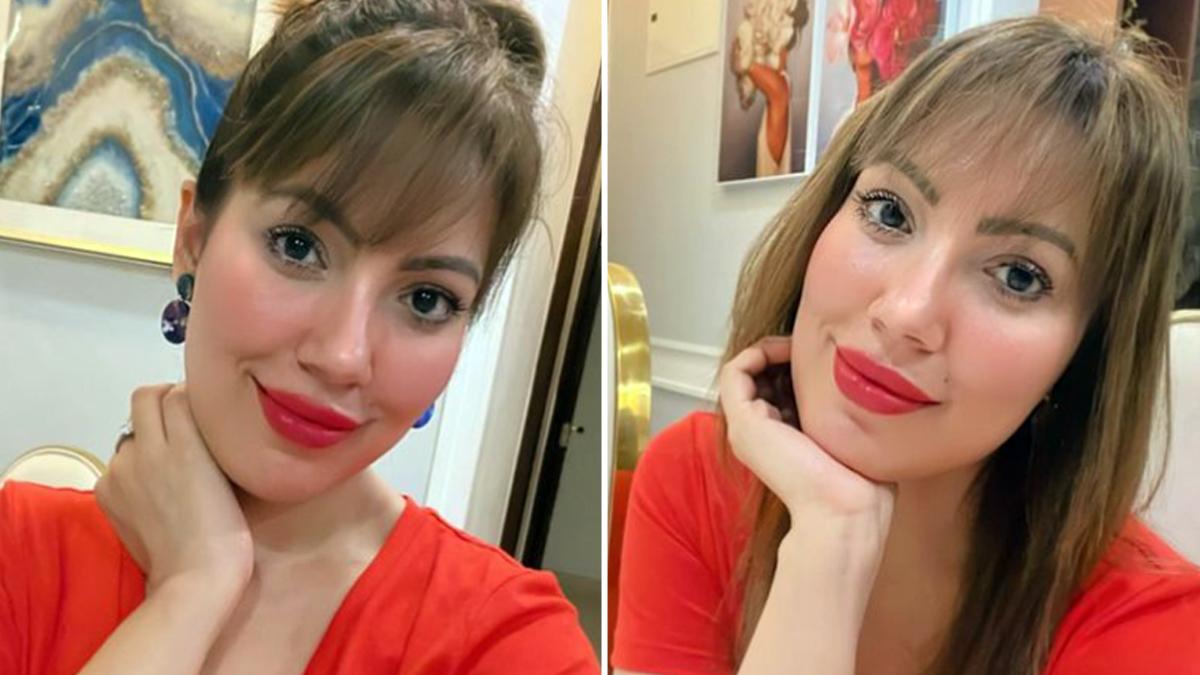 TV’s popular sitcom ‘Taarak Mehta Ka Ooltah Chashmah’ is making a lot of buzz nowadays. The characters related to this show are becoming popular on social media. After leaving the show of Shailesh Lodha, the entry of new Taarak Mehta in the show, discussion about the return of Dayaben, interesting comedy of Sugandha Mishra and entry of Mrs Popatlal in the show are also being discussed in the corridors of the TV industry. . Meanwhile, the latest photos of Babita ji aka Munmun Dutta have started going viral.

Photos of Munmun going viral
Munmun Dutta has become a Korean beauty these days. The actress has recently got a new haircut. Korean dramas Because Munmun Dutta is watching a lot these days, she has given herself a fringe look. This style is inspired by his favorite actresses Diana Gomez and Shin Ha-ri. In the two photos shared by Munmun Dutta, she can be seen in an orange T-shirt. In the photo, Munmun Dutta is smiling while flaunting her new look.

Flaunting her transformation, Munmun Dutta wrote in the caption, “A small change. I am showing the hidden Shin Ha-ri and Valeria inside me. New haircut. Kim Si-jeong and Diana Gomez of the drama business proposal of K. , from Valeria. I am addicted to both these shows these days. I thought I should give myself a look related to them.”

Fans are very fond of this new look of Munmun Dutta. Many fans have posted red heart emoji and many have given them love by making fire emoji. While showering love on Munmun Dutta, a fan wrote that Didi, you are looking beautiful. Let us tell you that Babita ji of ‘Tarak Mehta Ka Ooltah Chashmah’ has been involved in Instagram trends. What to say about their dance reels? These reels of his are quite popular among the fans. Fans also shower their love on him. He also has a tremendous fan following on social media. Apart from this, glamorous photoshoots and videos of Munmun Dutta are very much discussed. Munmun Dutta has been associated with Taarak Mehta Ka Ooltah Chashmah since its inception. The actress made her debut in the TV industry with the serial ‘Hum Sab Baraati’. After this, Munmun Dutta appeared as a guest in ‘Indian Idol 10’. He also participated in ‘Bigg Boss 15’ and ‘Kaun Banega Crorepati 13’.