Australia was swept away by France 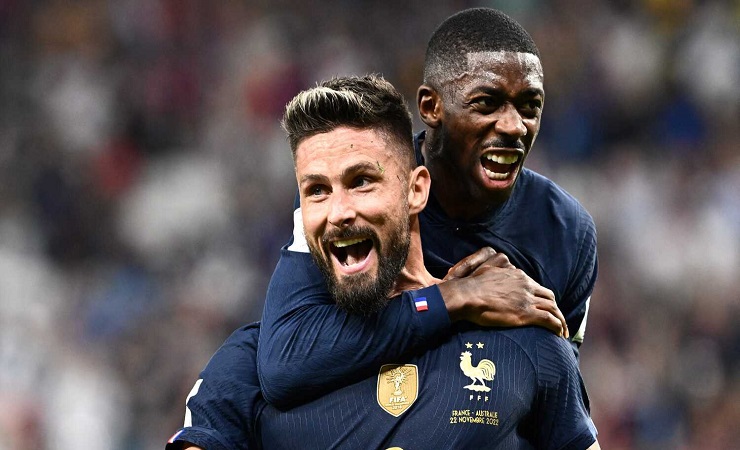 The current champion France started the World Cup in Qatar with such a resounding victory. Despite falling behind early on, a brace from veteran Olivier Giroud saw Australia beat Australia 4-1.

At the beginning of the second and first match of Group D held at the Al-Zanub Stadium in Al-Wakrah, Qatar, Craig Goodyoun scored a goal in the 9th minute to give Australia the lead. And favorite France? Australia’s lead was crushed by the current champions. After taking control of the field, the French equalized (1-1) with Adrien Raboit’s goal. Giroud’s goal gave France a 2-1 lead at the break.

Goodun put the Socceroos ahead in the ninth minute of the match. Matthew Leckie’s side ball from the right edge was left-footed by the Socceroos striker. It was the fastest goal of the World Cup in Qatar so far.

Australia could have gone ahead with a double margin in 21 minutes. Socceroos striker Goodyoun got the ball again after a wrong pass by the French defenders. However, his powerful shot from outside the D box narrowly missed the sidebar.

France returned to equality in the 27th minute of the match. Midfielder Raboit headed the ball into the Socceroos net with a spectacular header from defender Theohernandez’s cross from midfield.

They got the lead in 5 minutes. In the 32nd minute, the Socceroos’ defense failed and Raboit controlled the ball and passed it to teammate Olivier Giroud. The ball from the back pass was gently shot into the net by the experienced Giroud. As a result, France went ahead 2-1.

Basically the world champions could not launch a single planned attack before the first goal. After Raboit’s goal, the face of the match changed. Mbappe missed a great chance in the 44th minute. Hernandez’s header missed the target in the next minute. As a result, the current champions went into the break with a 2-1 goal lead.

After the break, control of the match went to the French. Mbappe missed another chance to score in the 60th minute. The PSG star failed to score despite receiving the ball from Raboite’s troupe.

In the 67th minute, another French attack failed. Mbappe found the net in the next minute, the 68th minute. Ousmane Dembele’s cross inside the D box was spectacularly headed into the net. As a result, France went ahead 3-1.

In the 71st minute, Mbappe took control of the ball in a single attempt and crossed to Oliver Giroud in the D box. He netted it with a great header. Mbappe missed the goal again in the 82nd minute. The world champions have already confirmed the victory by a large margin.