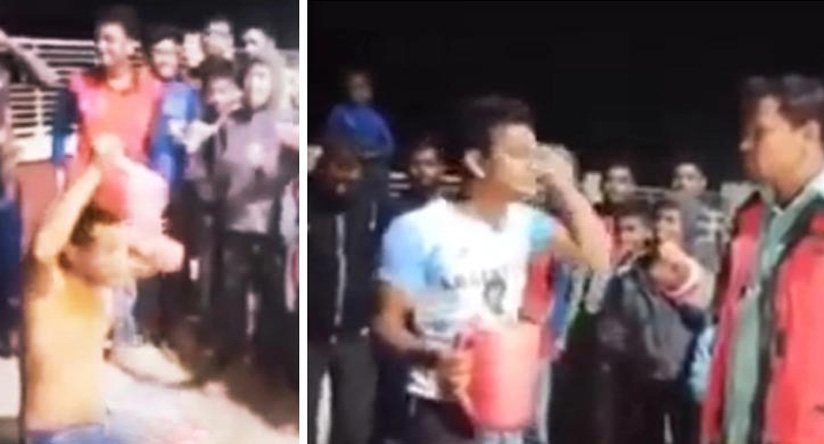 SM Faisal Shamim: Voice of Time Desk: A young man from Kurigram has decided not to support Argentina due to shame and anger after losing to Saudi Arabia. For this he bathed with three kg of milk.

His incident has now gone viral on social media. Some are condoling and some are taunting. There are mixed reactions.

The incident took place late on Tuesday night in the city’s C&B intersection after Argentina lost 2-1 to Saudi Arabia.

Locals said that till Tuesday, Asif was a staunch supporter of Argentina. When the World Cup football comes, people walk around the area wearing the Argentine flag and jersey at home with immense love for their favorite team, Argentina. Encouraging the fans of the favorite team in different ways. Tuesday was no exception. He sat in front of the project to watch Argentina play because the desired team would win. In the end, he expressed his displeasure towards the team in front of everyone and said that he would not support the team for life after losing his favorite team.

When a one and a half minute video of this incident was published on social media, there was a storm of criticism among football lovers in the area about Asif.

In this regard, Asif said, I have been supporting Argentina since I was born. I love Argentina with all my heart. According to my knowledge at this age – Argentina could not take the World Cup trophy. Being a supporter of a big team, I feel ashamed every time. So I decided to never support Argentina as long as I live.

He also said that he has not yet decided to support another party. But from now on, I will support the teams knowingly after watching their games. So as not to be ashamed.