Ansu Fati knocks on the doors of heaven

Few counted on him to play the World Cup, but Ansu Fati seems to have arrived at the tournament at the right time and with the ideal combination: not too much pressure, desire to demonstrate his talent, form in a clear ascending line, sharp aim and supported by a group of players, some of his same generation, in which he is especially comfortable. 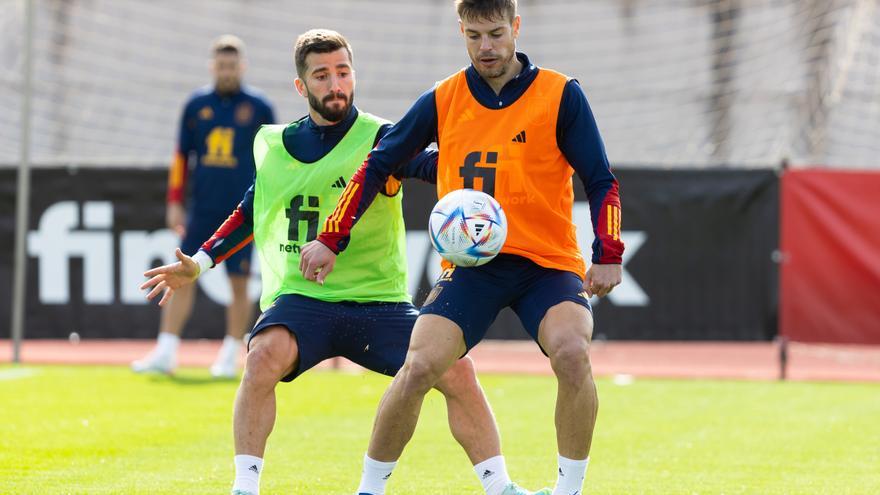 Until Luis Enrique included him in the list of 26, his options seemed few: he had not been in the last call -the Nations League in September-, and when the coach was asked about him, he was blunt. “Right now he does not have the level.”

Those words, interpreted as a wake-up call, acted as a spur on Ansu and his entourage. The Barça player knew that he had less than two months to recover that lost level. He got down to business and arrived on time.

Unlike what happened in his first call-up, or when he entered the list in June -where he did not have minutes in any of the four games-, Ansu is now much more supported by the group.

More pairs of boots than anyone

While most national team players have brought two or three pairs of boots to Qatar, Ansu packed four in his luggage, a sign of optimism both collectively and individually.

He is also one of the players who will have the most relatives in the stands during matches: players have to submit requests for tickets to those responsible for the RFEF and Ansu’s process for his family is one of the most numerous.

“Everything goes into it”

But beyond family or generational details, one detail invites us to think that Ansu is living his ideal moment: he is especially fine in training. “Everything he tries goes into him,” they point out from the RFEF about his work in Luis Enrique’s sessions.

Ansu looks looser than ever: he brims with confidence. He knows that the injury is history and that it is facing an unbeatable opportunity to consolidate itself internationally. Few say it, but it could be Ansu’s World Cup.