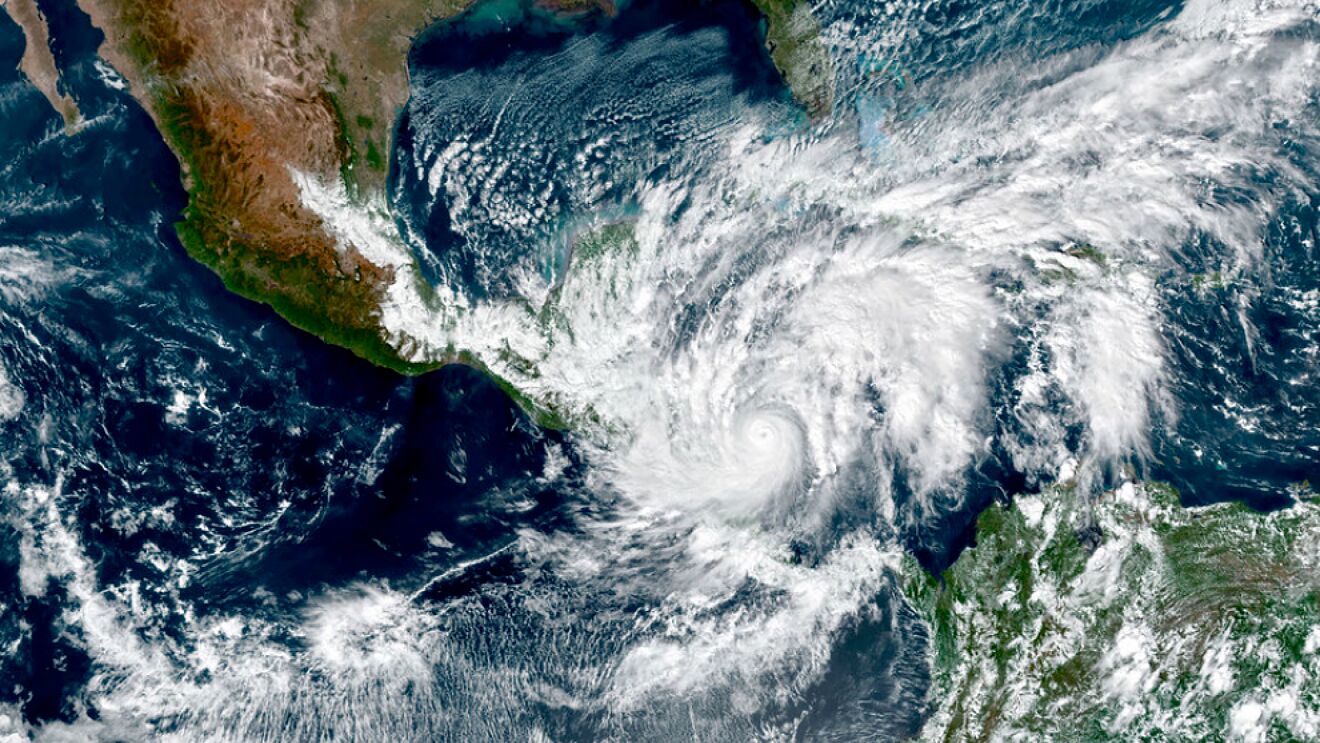 Every journalistic work that touches on the subject of climate change and the Dominican Republic begins the same way. This will not be the exception: The country, due to its geographical position, presents a high level of exposure to the onslaught of atmospheric phenomena, despite the “luck that has befallen” in recent years.

Even so, in two decades, the average Caribbean island has been impacted by dozens of meteorological events that have caused millionaire economic losses, in addition to hundreds of deaths, river overflows, floods and isolated areas. As the average temperature increases, the sea level increases and thus the frequency of extreme phenomena (such as hurricanes and cyclones), which mainly affect the Caribbean region.

Although the damage caused by Fiona, the first hurricane to enter the Dominican Republic directly in about 18 years, cannot yet be counted, according to meteorologist John Morales, it should not take long to show numbers.

According to the National Emergency Plan, in a maximum of 120 hours after a disaster, the Emergency Operations Center (COE) has to carry out evaluations that allow identifying the sectors with the greatest humanitarian impact in order to make the first decisions regarding the phase of emergency.

Regardless, a study conducted by the World Bank (WB) in collaboration with the Ministry of Economy, Planning and Development (MEPyD), indicates that the average annual damage associated with disasters is estimated at US$420 million (0.69% of gross domestic product or GDP). Regarding extreme damage, per cyclone, they can exceed US$1,997 million (3.3% GDP), with an annual probability of 5%.

When the atmospheric phenomena with the greatest financial implication in the country in the last 20 years are observed, the statistics show very specific dates. Only between 2002 and 2014, the nominal economic damages amounted to US$686.3 million, with Hurricane Jeanne (2004) being the most relevant.

A year earlier, the rains and floods left damages and losses totaling more than US$61.3 million. It was estimated at around 0.2% GDP. Jeanne, which hit the country on September 16, 2004, struck as a category one hurricane and the eastern region was the most devastated.

It left losses for US$417 million. Total damages are estimated at 1.3% of GDP. Although it did not represent an extraordinary amount, it required external assistance due to the little fiscal space available to the government as a result of the 2003 financial crisis.

The tourism sector was the one that presented the highest economic indexes involved. US$84.03 million in total to be precise, of which US$47.97 million was in damages and US$36.07 million in losses.

Two years later, storms Noel and Olga, in 2007, caused damage estimated at US$437 million. Only Noel represented 1.2% of GDP. It directly or indirectly affected more than 70% of the population. Among the people directly affected, more than 90% were below the poverty line, forcing the Government to assume important compensation expenses.

In 2007, RD$3,000 million were earmarked for immediate budget reallocations (almost US$90 million or 1.1% of total government spending for that year). In 2008, social spending on compensation for the affected population and the investment amounts required required additional budget allocations or changes to the initially programmed budget lines.

Some three years later, Hurricane Irene, in 2011, had an economic impact of RD$413 million, and a GDP of 0.02%. In 2012, tropical rains involved some RD$86 million. That same year, the country received hurricanes Isaac and Sandy, which left damages of RD$929 million and RD$993 million, respectively.

They indicate that after each hurricane that caused significant losses in the economy, the growth of agricultural GDP slows down and, in fact, decreases significantly during the months after the event. Jeanne was something of an exception, as her greatest impact was in the tourist area of ​​the East region.

Although they indicate that the damage at the aggregate level between 2007 and 2012 is insignificant (0.01% of GDP per year on average), at the sectoral level the different rains and tropical cyclones caused an average annual damage of 1.15% of agricultural GDP.

In the case of the Dominican tourism sector, which is characterized by “all inclusive” and an image of “sun and beach”, it depends largely on the climate and the natural attractions of the country. In the event of a tropical cyclone, the low degree of differentiation of tourism or the weak emotional bond developed, makes it easier for tourists to substitute the Dominican Republic destination for another.

In other words, the passage of a cyclone, in addition to the damage to the hotel infrastructure, causes indirect losses due to the decrease in the flow of tourists and requires efforts and time to recover the image of the country in international markets.

In the specific case of Hurricane Jeanne, which particularly affected the Samaná area and the east of the country, it is estimated that the indirect losses caused by the decrease in the flow of tourists represented 75% of the direct damages associated with the reconstruction of hotels and sights.

At the branch of activity level, agriculture, manufacturing, transportation and housing seem to be the activities most vulnerable to tropical cyclones, concentrating almost 70% of the damages and losses.

In 2007 alone (Noel and Olga) an additional US$89.5 million (0.22% of GDP) had to be executed to meet the needs during the emergency and rehabilitation phase. To that amount was added US$58.7 million that the Government had to reassign due to the passage of storm Olga a month later Noel.

Only the expenses in different rehabilitation and reconstruction projects that were identified in the short term after the passage of storm Noel represented an amount of more than US$301 million.

In 2012, the Government, through the 1% available to the Presidency, was able to release RD$200 million (US$5 million) in the case of Isaac and RD$207 million (US$5.2 million) to deal with the emergency and mitigate Sandy impacts. In total, in six months, more than RD$407 million (US$10.2 million) was allocated to compensate approximately 21% of the losses in the agricultural sector.

According to the United Nations Economic Commission for Latin America and the Caribbean (ECLAC), the damages and losses suffered by the private sector accounted for more than 66% of the total, which means that less than 34% of the impact falls on the private sector. public sector directly.

One conclusion highlighted by the report is that while recurrent but minor events have limited fiscal space, less frequent but more important events have created significant shocks and may represent a significant risk to the sustainability of public finances.

In this sense, although minor events do not cease to represent a burden that reduces fiscal space, governments generally tend to cover their impacts with reserve funds or budget reallocations. In addition, regardless of the impact that disasters may have on the sustainability of public finances, they are potentially aggravated by the country’s level of indebtedness.

First ODI Hat-trick: 40 years ago today was the first hat-trick of ODI cricket, know where did the word ‘Hat-trick’ come from?