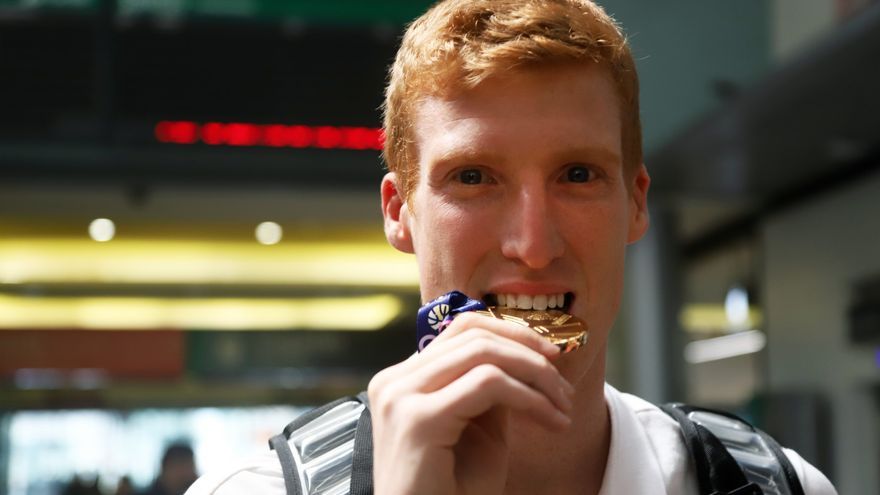 Shortly before 2:30 p.m. Alberto Díaz appeared in the hall of the María Zambrano station in Málaga. Dressed in the polo shirt of the Spanish Basketball Federation, the point guard for Unicaja and the Spanish team, with his gold medal around his neck, was received by a large number of journalists and more than a hundred fans, half an hour before they had already filled the AVE station with Unicaja t-shirts and some other ones also from Spain.

Alberto arrived without the company of Dario Brizuela, the other international typesetter who was proclaimed European champion this past Sunday, who for logistical reasons traveled on the next train from Madrid and arrived in Malaga after half past three in the afternoon. The one who did accompany the Costa Rican point guard was Angel Sanchez Canete assistant coach of Ibon Navarro in Unicaja and Sergio Scariolo in the Spanish team.

The European champion is here pic.twitter.com/Sos7QkAKPr

Alberto was happy, excited and grateful to family, friends and fans who came to greet him and congratulate him for his impeccable performance in the recently concluded Eurobasket. The point guard from Malaga did not hesitate to take photos and greet all the fans and onlookers who approached him before leaving the María Zambrano station. Among the friends, another very recognizable face of Malaga sport, the captain of the Costa del Sol Malaga Handball, Sole López, who congratulated and chatted for a few moments with the typesetter player.

Both Alberto and Brizuela will have little time to relax and will have to join Unicaja’s preseason immediately since the green and purple team starts this Friday, starting at 8:30 p.m., its participation in the Preliminary Phase of the Basketball Champions League, in which those from Los Guindos will play two games for their classification to play from October the maximum continental competition organized by FIBA.