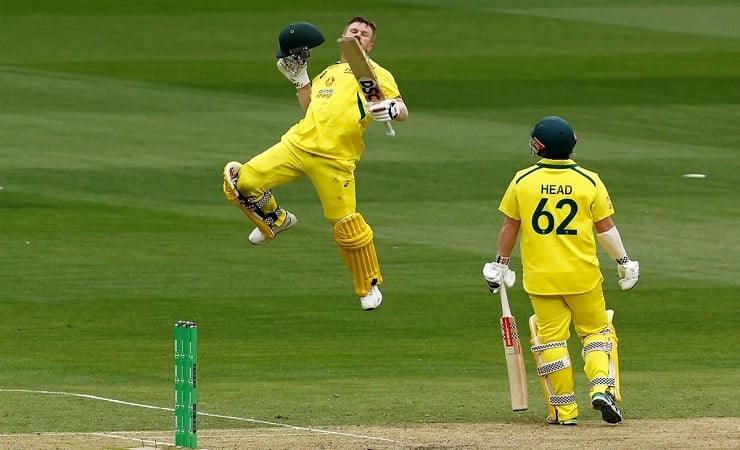 The T20 world champion team England could not stand against the host Australia in the three-match ODI series. Australia secured the series by defeating the English in the first two matches. And in the third and last ODI, the hosts whitewashed the visitors by a big margin of 221 runs in the rain.

The rain interrupted match was played in 48 overs. England captain Jos Buttler won the toss and invited Australia to bat at the start of the match. Two Aussie openers Travis Head and David Warner started ruling the English bowlers after losing the toss to bat.

Both the openers got centuries. And 269 runs came in the opening pair. David Warner is out for 106 runs. His 102-ball innings was decorated with eight fours and two sixes. Meanwhile, Travis Head scored 151 runs before getting out. His innings of 130 games consisted of 16 fours and four sixes. Besides, Smith scored 21, Stoinis 12 and Marsh 30 runs. And Alex Carey on 12 runs and Marnus Labuschenne on 8 runs remained unbeaten. And at the end of 48 overs, the hosts scored 355 runs.

England’s batsmen could not stand in front of the Australian bowlers chasing runs. Jason Roy played the highest innings of 33 runs with the bat. James Vinch scored 22 runs. Apart from this, Moeen Ali, Liam Dusen, Sam Curran and David Willey managed to touch the double digit house. English’s innings stopped at only 142 runs.

Adam Zampa took the maximum four wickets for the Australian side. Besides, Shays Abort and Pat Cummins took two wickets each. Jos Hazlewood and Mitchell Marsh got another wicket each.

The Fed plans to slow rate hikes in December