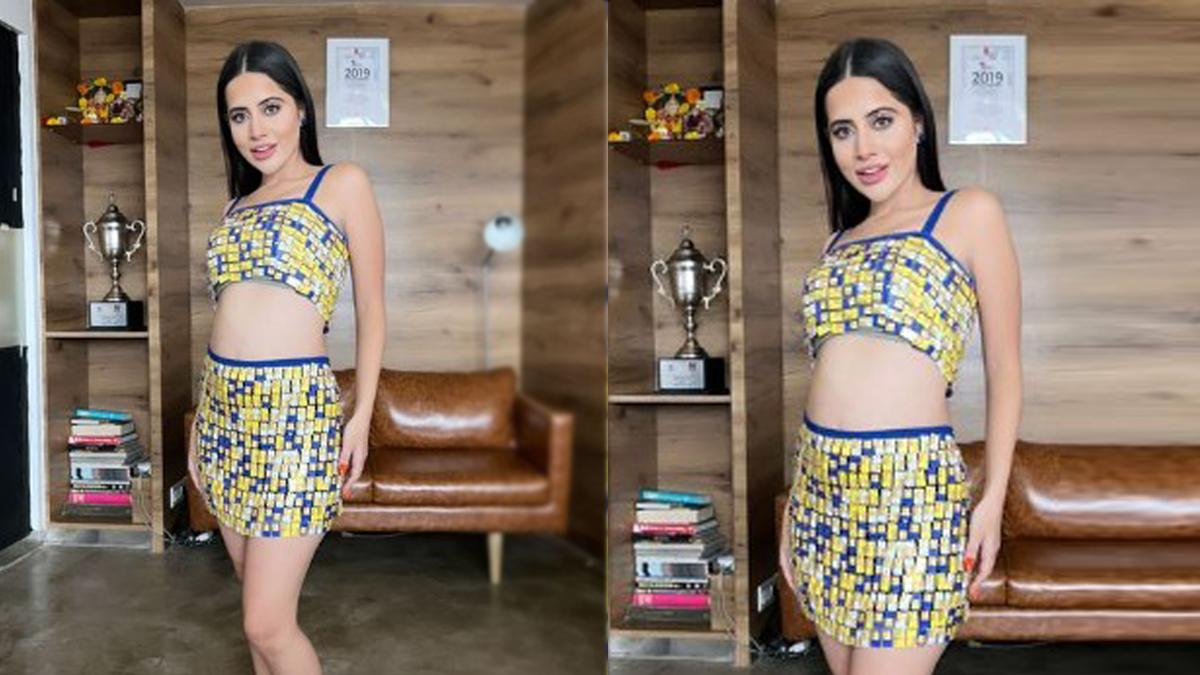 After the blade chain, Urfi Javed made an outfit by sticking a SIM card, fans were shocked

Urfi Javed can do anything in the name of fashion. She can wear a dress made of anything. Her fashion is getting risky and dangerous day by day. After wearing an outfit made of chains, blades, now Urfi Javed has worn a dress made from a SIM card. Why can’t you believe it? But this is true.

Glamorous Urfi Javed teased the fans about his look on Thursday. Hiding the dress, Urfi Javed shared the post. Fans were asked what would be their new outfit? After seeing what has now been revealed about Urfi Javed’s outfit, it can be guaranteed that no one can guess so much. It could not have been thought by mistake in anyone’s thinking that Urfi Javed can also make a dress with a SIM card. Even in his crazy thoughts, no one can think of what Urfi has done.

In the picture you can see Urfi Javed is wearing a crop top and short skirt. This outfit is made by sticking the SIM card. Flaunting her beautiful and experimental dress, Urfi Javed’s tashan is worth watching. Urfi looks ravishing in a blue and yellow strap top-skirt. The actress has carried her look with high heels. Completed the look with no accessories and light makeup. Urfi’s middle parted open hair is suiting this look.

Sharing this risky look of his, Urfi wrote – Will you believe that this out is made from SIM cards. By the way, Urfi has told the truth. Fans cannot even imagine such an outfit in their dreams. Urfi Javed always shows creativity with his looks. Her dressing sense may be trolled, but the hard work that Urfi puts into creating that look is commendable. It is a big deal to create a new look every day to get the attention of the fans. This risky fashion of Urfi can be shocking at times, but every time she manages to create a social media buzz.

How did you like the new look of Glamor Girl?