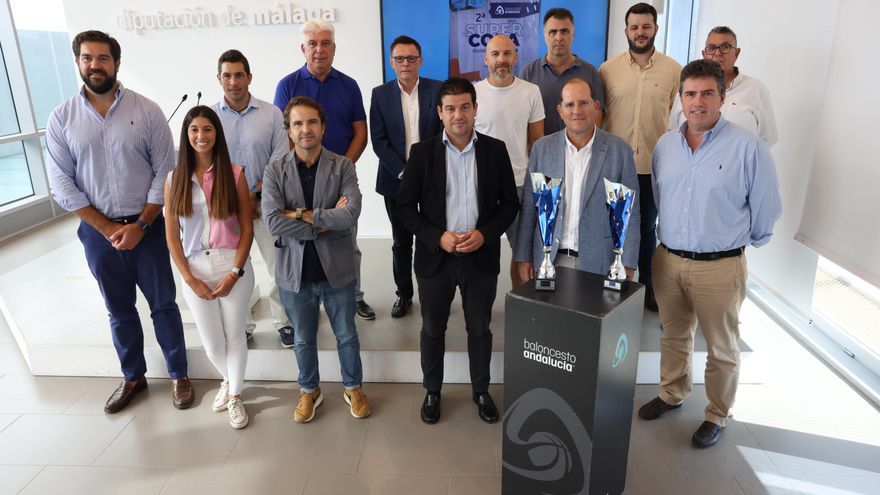 A total of 260 athletes will participate in the II Malaga Provincial Basketball Super Cup. The 13 highest-level clubs in the province will meet in 18 games at the Arroyo de la Miel and La Mosca sports centers and at the El Pinar school facilities.

This has been announced by the Deputy for Sports, Cristóbal Ortega, together with the Vice President of the Andalusian Basketball Federation and delegate in Malaga, Ricardo Bandrés, during the presentation of this tournament that is added to the agenda of basketball events of the Diputación , which includes its own activities such as the 3×3 Provincial Circuit and the Summer Campus, or major events such as the FIMBA Maxi Basketball European Championship, the U17 World Cup or the Costa del Sol Tournament.

The sports center of La Mosca will host the competition of the women’s N1 category, in which they will face UniboxCB Salliver Fuengirola, CAB Estepona Y CB El Palo. It will be on October 8 and 9.

All matches are free to enter until full capacity is reached.

First impressions of the Vivo X Fold: the best alternative to the Galaxy Z Fold 4 that you will not see in Spain